It’s a great pleasure to announce the release of the updated second edition of my bestselling novel THE ULTIMATE THREAT.

The new edition brings this award-winning novel current with events in the battle against ISIS. Additional research provides a disturbing glimpse into the horrific plans those religious radicals still have, despite the devastation of the Covid-19 pandemic, not only for the other side of the world but for us right here at home.

Yes, we thought ISIS was defeated. Not so. Those barbarians have merely changed tactics, from publicizing widely their horrific acts of overt cruelty, to devious guerilla-like attacks offering little or no advance warning that intelligence agencies can identify.

Fairfax Books has released both ebook and paperback versions of the second edition, available now on Amazon: https://www.amazon.com/Ultimate-Threat-Enemy-Has-Arrived/dp/B085DSR4G1/ref=tmm_pap_swatch_0?_encoding=UTF8&qid=1587224915&sr=1-3 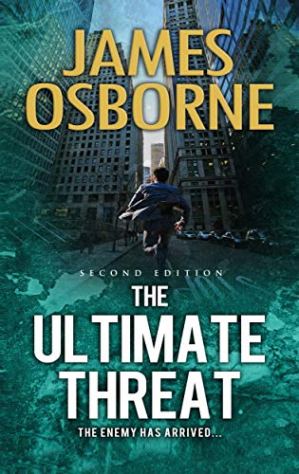 It was hugely rewarding when the first edition in 2015 hit the Amazon bestsellers lists twice just months apart. The first time, I was delighted that THE ULTIMATE THREAT hit the #1 spot among thriller novels. The second time was equally satisfying when it reached #2, sitting there politely between two Tom Clancy novels, in #1 and #3. Wow! Great company!

If you’re a fan of action-packed thrillers and have not read THE ULTIMATE THREAT, I hope you’ll grab this opportunity. Here’s a summary of the plot that hopefully will whet your appetite:

THE ULTIMATE THREAT is a chilling exposé of how religious extremists are planning new horrific strategies … across the civilized world, including America, Canada and Europe. ISIS has not been stopped by defeats in Iraq and Syria. For years these savages have been planning to spread their senseless terror everywhere, one horrendous attack after another! Now they’re on the move again!

This jarring wake-up call steps beyond fiction, reaching into the realm of the possible … even the probable … now that American forces have been withdrawn from Syria creating new opportunities for ISIS to commit more atrocities in Europe and America.

THE ULTIMATE THREAT is about homegrown hotheads being trained right here by international terrorists on how to make war on America, Canada, Europe and the rest of the civilized world. This novel is also about the outrageous tactics a determined FBI special agent must employ to mount a desperate attempt to bring them down.

Mark resorts to bizarre tactics. These include winning support from New York’s most powerful mafia godfather, who once tried to have him murdered, as well as utilizing the eyes and ears of thousands of volunteer lookouts working in retail outlets across the country.

The climax comes when Mark tries to rescue his blown undercover agent, who’s infiltrated an ISIS training camp near Albuquerque, NM. The attempted rescue becomes a lop-sided fight for survival when overwhelming ISIS forces set out to hunt down the two men. At the very last second the momentum reverses when a spontaneous assemblage of law enforcement and military arrives just in time, turning the one-sided battle for survival into a raid on the secretive ISIS training camp.

Clearly, ISIS is not finished yet. While being pursued, the terrorist leader, Abdul Rhamir, and his lieutenants kidnap Mark’s wife Paige and their two small children, holding them as hostages in a desperate attempt to escape. They’re tracked to an Albuquerque motel where Paige and the children outmaneuver the ISIS captors, giving Mark and the FBI the opportunity they need to neutralize the last of the ISIS threat.

Or is it the last? Mark is convinced the danger from ISIS is far from over and tells us why these barbarians may be preparing new and even more sinister brutality against innocent people around the world. 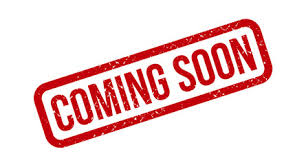 It’s a delight also to announce that Book Two in my series of collected short stories is almost ready for publication. We’ll let you know the release date as soon as it’s ready to be announced!

The goal of LIFE – ENCOUNTERS MATTER is to celebrate the human experience with stories embracing the adventures, humour, romance, dangers, triumphs, heartbreaks and the many other vagaries that abound in each of our personal journeys through life.

This collection is the second in my Encounters Series. 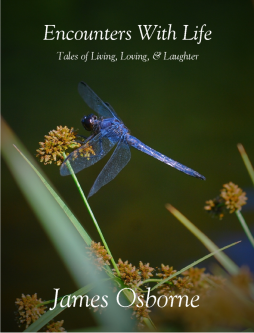 The first was ENCOUNTERS WITH LIFE – TALES OF LIVING, LOVING & LAUGHTER.

2 thoughts on “The Second Edition is Here!”