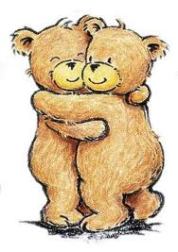 It was a ritual.  We called it ‘Bear Hugs’.  The grandkids ran down the front hall at their home and jumped into my arms.  Wonderful!  But one day, that all changed.

Jonathan and I started it.  He was almost two then.  He’d come scampering and laughing down the 20-foot hallway and leap into my arms as I knelt at their front door. Once or twice he arrived in my arms with a fully loaded diaper, but that’s another story.

It was our special thing.  No adults.  Just us boys —  one a tad older than the other.  A few years later, his little sister Caylyn learned to walk . . . and quickly, to run.  She joined our game.

Now, each time at the end of our frequent visits to their house, Jon and his little sister Caylyn, one after the other, would take turns charging down the front hallway at top speed and jump, confident they’d be caught in the arms of a chuckling, adoring kneeling grandpa.  And they were . . . every single time.  Often, they’d want to do it over and over.  And we did.  The three of us loved every minute!  Their parents and grandmother looked on, happily indulgent. 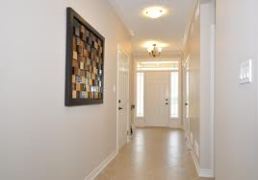 As grandparents, we were lucky to live nearby in the same city as our daughter’s family.  We got to visit frequently, at least once a week and sometimes more often.  We weren’t as lucky with our other grandchildren — they lived in other cities.

Grandparents generally agree there’s poetic justice in getting your grandchildren all stirred up while playing, and then leaving their parents to settle them down before bed.  Sweet parental revenge!

Now, there are many ways to love your grandchildren.  And the three of us sure did love our ‘Bear Hugs’.

But let’s be realistic for a moment. To engage in ‘Bear Hugs’ safely, a few ‘truisms’ must be noted.  It’s best to consider these before trying this game at home . . . in your grandkids’ home, that is.

The first truism is grandparents get older – the lucky ones.  This truism makes itself known when the act of getting down on your knees becomes much easier than the arduous process of getting back up.  Consider it a warning.

The other truism is natural growth.  That is, grandchildren have a tendency to grow bigger.  Perhaps it has something to do with all that food their parents keep giving them. Whatever, kids keep getting bigger . . . and heavier. 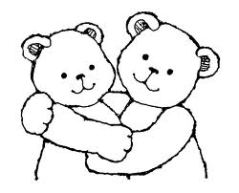 Yes, dear reader, you guessed it.

One year, having been away at the lake most of the summer, we’d missed seeing them  . . . and seeing how much they’d grown.  On the evening of our first visit since returning, it was Jon’s turn to be first with the ‘Bear Hugs’.  I was kneeling on the mat at their front door.  My good wife was standing just behind my right shoulder, looking forward to getting home.

By then, Jon was four and closing in fast on five years old.  He was tall for his age, but skinny.  All the food he was packing into those ‘hollow legs’ wasn’t keeping up with his rapid growth.

His slender stature turned out to be misleading.

And yes, indeed, take just one guess at what happened.

Jon leapt.  I caught him.

The next thing I knew we were thrown backwards into the steel front door, my poor wife was sent sprawling onto a parson’s bench beside the door, and Jon was looking up from my arms wondering what in the world had happened.

We laughed.  No damage.

But poor Caylyn got short changed.  Our glorious ‘Bear Hugs’ came to an end soon after.

‘Bear Hugs’ is Copyright  © 2013 By James Osborne  All Rights Reserved

(Source Credit:  All images are in the public domain)