Internationally celebrated concert violinist, Yi-Jia Susanne Hue, has a sense of humor. She shared the following story about a reaction she got after saying she’d been given the use of a rare Stradivarius violin.

Susanne was in the middle of recording an album when a loan agreement with the Canada Council expired on an earlier violin she’d been using. The recording session went on hold. Shortly after returning the violin, an anxious Susanne received a call from the Stradivari Society in Chicago. Officials invited her to choose a replacement under a program to support exceptional musicians. She was elated.

Susanne arrived in Chicago to a huge surprise. Waiting for her were more than 20 violins. Susanne was told she could choose any one of them for a four-year loan period. She played all of the violins without checking their labels. Overwhelmed and uncertain which to choose, at first, she said that ultimately the one chosen ‘spoke’ to her. Only then did she discover it was a rare Stradivarius.

Susanne assigned the violin a nickname. She called it, “Miss Mary”. The name honors one of its previous owners, Lady Mary Portman, an English aristocrat who acquired the violin in 1924 and loved to play it. Now, Clement and Karen Arrison of Buffalo, NY own the violin.

When Karen Arrison was interviewed by the Toronto Globe and Mail about loaning the historic violin, she said: “She’s a bit of a vixen, this instrument. She’s got a mind of her own, and she really needs to fit with the musician.”

Karen said there’s a legend about the violin, that in the wrong hands it shakes and handles as if it’s feeling unsettled. So, before young Susanne was allowed to bring the Stradivarius to her home in Canada, she was required to audition for the Buffalo couple.

Susanne described playing “Miss Mary” during the audition as a beautiful experience.

“It was joyful,” Ms. Arrison concurred, telling the Globe and Mail the instrument did not shake and appeared to be at ease in Susanne’s talented hands. She was allowed to borrow the rare Stradivarius. 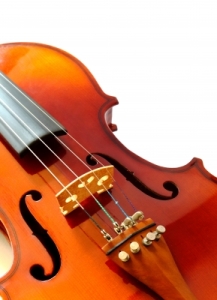 Soon after returning home, Susanne took “Miss Mary” with her into the studio to finish recording her album. During the session, an audio technician commented on the sweet mellow tone of the rare instrument. She told him about her delight at having been given the use of such a rare and remarkable violin.

She explained the instrument was made around 1735 by famed Italian violinmaker Giuseppe Guarneri del Gesù. It was once owned and played by the renowned Austrian composer and violinist Fritz Kreisler about 100 years ago. She informed the audio technician that today the violin would be valued at more than $6 million

The technician’s spontaneous reply was: “That sounds like an awful lot of money to pay for a second hand Chrysler!”

During the four years the violin was in Susanne’s care, she performed dozens of concerts around the world and recorded albums that have sold hundreds of thousands of copies.

Her final performance with the Stradivarius was on November 28, 2013 with the London Symphony Orchestra in England. It was no coincidence that she performed Beethoven’s 1806 Violin Concerto in D Major, Opus 61. Her father, Alec Hou, had performed that same concerto in China the night she was born. Mr. Hou’s performance was among the very first concerts of Western classical music allowed by China following the Cultural Revolution. Both of Susanne’s parents were able to attend her final public performance with the Stradivarius.

Author’s Note: Since this story first appeared on this blog on April 1, 2012, as “The $6 Million Dollar Chrysler”, more information has come to the author’s attention. That information makes necessary certain corrections to the earlier story. As well, additional relevant facts have also become available and are included here.

“The $6 Million Used Car” is Copyright 2015 By James Osborne. All Rights Reserved.