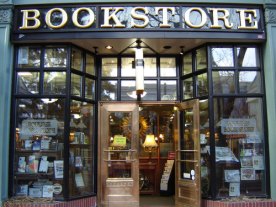 The elderly woman walked up and took the book from my hand.

“Is that you?” she asked, pointing to the back cover.

Her eyes sparkled with intelligent energy.

At the word ‘Miss’ she flashed a mischievous look my way.

The woman was 80 if a day. That goofy sense of humor of mine had kicked in. No spring chicken, as my Dad would say.

Hey, book signings can get tedious at times. Occasionally it’s good to find a little self-entertainment to pass the time.

“What’s it about?” she said abruptly, waving my book.

“Why did you write it?” she persisted.

Sounds interested, I thought. Maybe I can make a sale.

“Well,” I began. “We in the West are too blaise about terrorism.”

“How so?” she demanded before I could continue.

“We’ve heard so much about terrorism we’ve all become numb… we’re blanking it out.” I replied. “We don’t want to hear about it.

“That’s a terrible idea,” I added. “It’s exactly what the terrorists hope we’ll do. They want us to ignore them, until it’s too lake. They want us to think we’re safe from those psychopathic barbarians. Well, tell that to the families of the victims in San Bernardino or the Paris massacre, or Nice, or of 9/11, or of the London subway bombings. The list of atrocities in our back yard is getting longer all the time. We don’t seem to care… or want to.”

Damn! I’m losing her, I thought, cursing my exuberance. I’ve dumped too much on her.

“Do you like reading?” I asked, then thought: What a dumb question of someone holding two books under one arm and mine in the other hand.

She looked at me. She appeared to be deciding whether to answer my foolish question politely or otherwise.

The two books were clutched so tightly in her arm I couldn’t tell what kind – mystery, thriller, romance, gardening, self help?

“What genres do you prefer?” I asked. She and I both knew I was on a desperate quest now for redemption, lame though it was.

“Non-fiction and romance.” She didn’t elaborate. 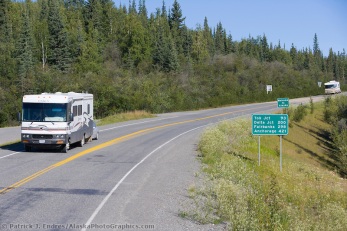 “My husband does all the driving. I do all the reading.”

The woman smiled and held up the two books. Both were steamy romance novels. I recognized the authors, knew their reputations. I cursed them silently, with respect of course.

“I need something to keep me occupied while Alfred’s driving,” she added confidently, almost assertively, tucking the novels back into her embrace.

She’d surprised me. Many readers of romance novels seem shy about their literary tastes. She was assertive, almost defiant. I liked her spirit. I began to like her, sale or no sale.

“Well, that just shows you have a really warm heart,” I offered, trying to be generous. Okay, I was sucking up.

Could it be that redemption is possible? I wondered.

“I think you’ll find The Ultimate Threat is a bit gruesome for someone with your kindly nature,” I ventured. Okay, okay, more sucking up. 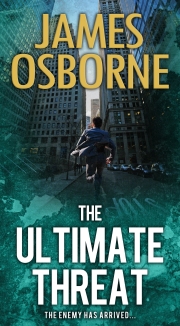 “There’s lots of violence. It’s kind of gory in places,” I said. “You know, bad people doing bad things to nice people, innocent people. But it has a Hollywood ending.

“I know how the book turns out,” I added, smiling.

She looked at me sharply. Another lame attempt at humor had nosedived. We both knew it.

“You ever read Stehen King?” she demanded. I was surprised that she even knew his name. “Or James Patterson? Or Lee Child? Or Michael Connolly?” she added.

Good gracious! I thought. All of those authors are masters of murder and mayhem.

“Yes, as a matter of fact, I do,” I replied, recovering slightly.

“I’ve read just about everything they’ve written,” she said, her assertiveness showing again. “Have you?”

“I’ve read some of each,” I replied truthfully, and sheepishly, feeling now decidedly out ranked concerning readership.

An elderly man walked up beside her.

I assumed he was Alfred. Both wore wedding rings. And like her, he was vibrant and exuded ‘healthy’.

“Here,” she said, handing him my novel. “Read what it says on the back. I left my glasses in the car.”

The man, glasses in place, began reading my biography out loud.

“Not that!” she said sharply. “I don’t need that. I’m looking right at him! Read me the other stuff.”

He read the blurb – the promo that publishers put on the back to help sell books.

“I liked the ‘Miss’ better!” she interrupted, a sparkle back in her bright blue eyes.

“Yes, Miss,” I resumed: “I can tell you that one reviewer said she couldn’t put it down… kept reading even while eating her lunch. Another said it should be made into a movie.”

“We’ve got a long boring drive in that damned motorhome,” she said. “Will it help me pass the time?” 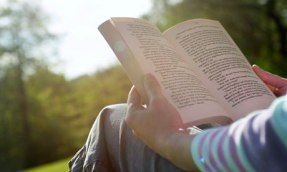 “I’m sure it will,” I said hopefully. “Where are you headed?”

“Been going there long?” I asked.

“Five years, this will be our fifth, actually,” he corrected himself.

“Have you ever visited the city museum on Highway 111?” I asked. “Not huge but it’s outstanding. Or Joshua Tree National Park. Fabulous place!”

“Why no,” he said, genuinely interested. “How do you know about those places?”

“Been to both a couple of times,” I said. “Visited friends in Palm Springs. The museum has sme amazing exhibits contributed by talented people who retired in the area, one of them a former movie star, George Montgomery. And you’ll find Joshua Tree National Park is a fantastic place to learn all about local history, the desert, and the flora and fauna.”

“Well, thank you!” he said, his eyes bright and lively. “All I ever do is golf. Been looking for something else. I really like museums and parks. This is terrific!

“Hey!” the woman interjected. “Remember me?”

She glanced at her husband.

“Here, give me that,” she said, reaching for the novel in Alfred’s hand.

She thrust it at me.

She told me. I signed:

A sale… after all.

“Is That You?” is Copyright 2016 By James Osborne. All Rights Reserved.

James Osborne is the author of two novels and a collection of short stories. His novel, ‘The Ultimate Threat’ (http://amzn.com/1514283948) was an Amazon bestseller after its release in June 2015. It also placed second for Best Thriller Novel of 2015 in an international readers’ poll. ‘Encounters With Life – Tales of Living, Loving & Laughter’ (http://amzn.com/162526271X) was chosen Best Short Story Collection of 2015 (open class) in the same competition. His mystery novel, ‘The Maidstone Conspiracy’ (http://amzn.com/B016OUM81S) tied for third for Best Mystery Novel of 2015.