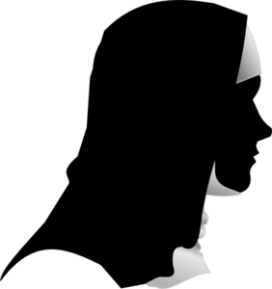 Sister Ella Zink was a conventional nun . . . at first . . . but with a decidedly unconventional future.  In the 1970s, she was a pioneer, often venturing far outside the strict boundaries that governed convent life at the time.

Her early career was traditional.  She served as a medical nurse in remote communities for several decades.  Then, she began kicking over the traces by becoming a professional public relations practitioner for the Roman Catholic Church.

PR was an uncommon field for women at the time, much less for a nun.  That bothered her not in the slightest.  In fact, she relished the job, bringing to her work a wit and charm, and an enthusiasm that infected everyone around her.  That was no easy task – her bosses were a group of dour and staunchly traditional Roman Catholic bishops.

Sister Ella’s short and stocky build presented quite an interesting figure as she bustled about press conferences and other public events, resplendent in a nun’s habit of flowing grey robes and hood trimmed in white.

Characteristically, Sister Ella felt called also to serve others outside her main work.  Many young aspiring PR practitioners learned how to be much better in their chosen field thanks to her.  It was logical that she’d become involved with the national public relations society and its programs to develop and accredit PR practitioners.

In due course, Ella was appointed to chair the national accreditation board.  She became an icon of professional standards and moral integrity for all who practiced public relations.  Ella was a PR natural.  She was blessed with a warm personality and a brilliant smile that lit up a room when she entered.  Someone once described her as ‘an animated fire hydrant with a heart of gold’.  Upon hearing that characterization for the first time, she reacted with an ebullient – and decidedly unladylike – belly laugh that started somewhere around her well tended ‘sensible’ shoes and then roared to life, engulfing all around with her infectious laugh.  Despite her charm, few had the nerve to argue with Ella and her high standards . . . she could apply her abundance of sharp wit and even sharper tongue upon deserving miscreants.

As accreditation chair, her duties included recruiting new board members to fill vacancies.  New appointees were welcomed at the board’s annual meeting each year.

One year, the board had only one new member.  The young appointee had worked in PR for only six years. He’d received his professional designation a year prior to his appointment.  The prestigious appointment had left him surprised and flattered . . . and more than a little apprehensive.

While riding down the elevator to his very first accreditation board meeting, he was feeling in awe of the legendary Sister Ella Zink, BSW, RN, APR, (and etc.) whom he assumed (correctly) had been responsible for his appointment.  They’d spoken often on the phone but had never met.

The door was open.  He stepped into the room.  It appeared empty.  A coffee urn was off to his left.  He began walking toward it.  Lighting his first cigarette of the day, he cursed himself for many failed attempts at quitting.  At the time, smoking was still permitted in public areas although the anti-smoking juggernaut was gaining momentum rapidly.

“I take mine black,” a robust female voice said off to his right.  The owner was butting out a cigarette.

The unexpected voice startled him.  The young man turned and saw a vague outline of a stocky figure framed in the light of a window behind her. The morning light created a halo effect.  He recalled later, it was quite approriate.

The young man poured two cups of black coffee and walked toward the voice.  The woman stepped forward.  She accepted a cup with her left hand, offering her right.  He got a good look at the short robust figure in front of him.

The stout woman wore a grey pink stylishly tailored woman’s business suit.  He guessed she could be a lawyer, accountant or business executive.  His mind’s eye scrolled unsuccessfully through the list of other accreditation board members.  No match.

‘Must be someone else,’ he thought, wondering if he’d got the wrong room.  He prepared to introduce himself.  Then he heard:

The young man was taken aback, startled again.  What he saw before him was not what the legends had led him to expect.

For years thereafter, Ella would be introduced often, and with affection, by her legions of friends and colleagues as, ‘the nun who kicked the habit’.

4 thoughts on “The Habit”