My friend Graham is an unusual fellow. He’s blessed with that rare ability to think instinctively outside the box. This talent played an unconventional role after his elderly mother became ill.

First, you should know Graham grew up on a farm. His parents were self-reliant and staunchly independent, just like most farmers. They worked the land until their late 60s, then sold and moved into town.

By the time they’d reached their mid-80s both had developed health challenges. A future of assisted living seemed imminent, causing them much alarm.

One day Graham learned a next-door neighbor was selling his house. It was almost identical to his 60-year-old 900-square-foot two-story, and about 10 feet away. Houses were built close together in those days on long narrow lots. Graham bought the house and moved his elderly parents into it.

The arrangement worked well for several years, until his Dad passed away. By then his Mom was in her early 90s. He was concerned about her being alone but respected her stalwart sense of independence. He felt reassured by her living right next door.

Graham, the eldest of three children, had learned early to be a take-charge kind of guy. With his two sisters married and living in other cities, Graham assumed responsibility for checking on his Mom every day, and sometimes twice. She enjoyed her son’s company but made it abundantly clear she disliked being ‘checked up on’. So while in her presence, Graham would refer to his regular checks on her as “visits”.

He joked that his mother probably was the most visited parent in the country.

Occasionally, his Mom would suffer from a cold or the flu. At those times Graham would slip home at noon from his job to check on… ah, to visit… her, despite her protests that he was being overly protective.

A confirmed bachelor, Graham was by no means celibate or reclusive. 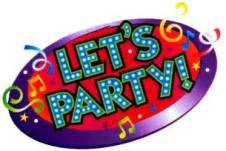 He never let his fondness for weekend parties, nor his propensity for sleepovers with attractive women, keep him from visiting his Mom on schedule or from tending to both homes and yards, summer and winter.

The prairie city where we lived was infamous for fiercely cold winters and severe snowstorms. But none of us ever heard Graham complain about shoveling snow off two sidewalks and two driveways. All this even though his Mom didn’t drive and rarely went out except to medical appointments with him as her driver. Graham even shopped for her groceries, making certain to follow scrupulously the lists she drew up for him.

Late one winter, his Mom was diagnosed with a heart ailment. The prognosis was uncertain. Her condition made her frail body even weaker. At times she was unable to make her own meals or even get up to take her medication. It was clear to Graham that he needed to look in on her even more frequently than he had previously, regardless of the bitter weather and his Mom’s independent nature.

It came as no surprise to those of us who knew him; after all he was a respected research scientist.

A group of us gathered one weekend to help Graham draft plans to covert his clever idea into reality. The following Monday he went to city hall and applied for a building permit. Since he owned the two almost identical properties, some 10 feet apart, he could see no reason why he couldn’t build a ground-floor link connecting the houses.

His application assured the city that construction would be done by a qualified contractor and the exterior finished to blend with both houses. He also promised to remove the link and restore the houses after his mother’s departure from this planet.

We all considered his idea a brilliant ‘no brainer’ solution. It would allow him to go back and forth in shirtsleeves, regardless of weather, with the increased frequency made necessary by his Mom’s infirm state. Graham especially liked the shirtsleeves aspect—it would create the illusion for his Mom that they were in the same home, and technically would be.

The bureaucrats at city hall reviewed his proposal with bemused surprise but little compassion. They turned him down. Appeals proved fruitless.

Spring arrived and curiosity grew in his neighborhood as several of us helped Graham, seated aboard a rented backhoe, dig sloping trenches down to the foundations at the back of both houses. A few days later, doors appeared in the concrete foundations exposed by the removed dirt. 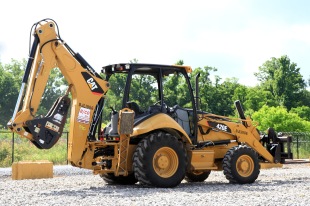 As the weeks rolled by, layers of dirt appeared in the extensive back yards of both houses. Neighbors must have wondered about us arriving after work every day, toiling late into the evening under lights, and on weekends, as we navigated convoys of wheelbarrows loaded with dirt out of first one basement and up the sloping trench, and then the other.

Our agreed-upon standard response to inquisitive onlookers was that Graham was enlarging the basements of the two houses in preparation for new concrete foundation work. Sure enough, one day in late summer the first in a succession of cement trucks arrived in the alley and backed into his Mom’s yard. The next day more loads of concrete were delivered to his back yard.

A few days later, trees and shrubs and sod appeared in the two back yards where earlier the soil had been dumped and spread. We listened with patience and humility, and barely concealed amusement, as neighbors voiced their approval of the landscaping and their admiration for the creativity of the walkout basements.

We were relieved to see their curiosity was satisfied, but the tale was not yet ended.

That winter, with his feisty Mom still recovering, Graham was able to visit her multiple times a day at leisure, in his shirtsleeves no less, bringing her meals and his stimulating company, regardless of what Mother Nature was doing with the environment outside.

He admitted later the concrete floor did slope slightly downward as he left his basement and the floor sloped slightly upward as he arrived at the door to his Mom’s basement, and while en route he did have to duck slightly. But otherwise, the concrete-reinforced tunnel between the two houses was warm, dry and brightly lit.

City hall was never the wiser, other than having issued two building permits for basement renovations.

Graham’s mother was in her late 90s when she passed away peacefully in her sleep. A few weeks later, both doors to the tunnel were sealed with concrete, ending its once strategic connection.

Soon after, Graham sold the house to a nice young family. He never told them the story, although they marveled at how a home that age had come equipped with a walkout basement, one lined with what appeared to be relatively fresh new concrete.

At last report, the tunnel remains buried underground, with at least a foot of soil on top. Few people know of its existence. But it’s there, its secret hidden, for now.

Note: “Close Quarters” was inspired by a true story. However, some details are best not taken literally.

“Close Quarters” is Copyright 2017 By James Osborne. All Rights Reserved