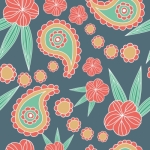 By almost any measure, Mrs. George was eccentric.

Maybe it was her hair, dyed the color of the setting sun. Or perhaps it was catching a whiff of her breath, seasoned with drops of perfume. Or it could have been her unusual home, decorated randomly with a whimsical collection of relics from bygone glories.

Regardless, all those who came within range of this charming 80-year-old succumbed to the alluring intelligence in her sparkling hazel eyes. Those eyes spoke eloquently of a kind heart, of practical wisdom earned from a life fully embraced, and of an energetic sense of humor promising to erupt on a moment’s notice.

Home was a long, narrow apartment tucked into the wing of a downtown theatre building, perhaps even older than this warm-hearted octogenarian. Her front door was easily missed, stuck in the shade of a pilaster on the building’s facade, four steps to the right of the theatre’s main entrance.

Judi was the architect of my first encounter with Mrs. George – I never knew her by any other name.  She was a revelation to a young man in his early 20s. Her clothing of preference, shapeless housedresses decorated with bright floral patterns, was outshone by a huge smile accented with brilliant red lipstick.

Quite possibly it was the clatter of her loose-fitting dentures that kept her mindful of her breath, which I learned later she sweetened with drops of perfume placed under her tongue, timed strategically to make the most use of it.

So it was no surprise that this kindly lady was an incurable romantic, harboring a generous soft spot in her heart for young lovers. It’s a good thing that she did. Her wonderful nature would have a lasting influence on the rest of my life.

A few weeks earlier, Judi and I had met at work. Okay, full disclosure: the moment I saw her arrive for her first day of work, this incontrovertibly and adamantly confirmed bachelor was suddenly and hopelessly in love.

“I’m staying with a friend of my aunt,” Judi said one Friday night after an office curling league game. She had reluctantly agreed to go for coffee after the game, the only concession resembling a date I’d been granted thus far. I was looking forward eagerly to being allowed to drive her to her hometown. She lived an hour out of town and commuted to work with her uncle. We’d actually be able to spend that hour alone together. Good luck with that!

“Her name’s Mrs. George,” Judi had said. “She has a little apartment. I sleep on her couch the nights we have a game.”

I wouldn’t meet Mrs. George for a while. Judi had agreed to have coffee with me after curling and then I could drive her to the theatre building, and drop her off out front. Weeks later our relationship took a huge step forward – one night I was allowed to arrive at Mrs. George’s apartment, pick up Judi and drive her to the curling rink.

That night I knocked on the door, feeling apprehensive. It opened. Mrs. George’s smile lit up the doorway. She ushered me in. I followed her and the haze of perfume that enveloped her short abundant frame down a narrow hallway to her tiny living room. Her small talk en route left no doubt that she understood the urgencies of young love, and that she approved wholeheartedly of the concept.

“Sit!” she said. Her command was pointed, her tone kindly. “She’ll be right out.”

I managed a quick glance around while surrendering as ordered into the deep embrace of an overstuffed armchair, a throwback to a bygone era. The living room was crowded with rich-looking furniture, and a collection of artwork and artifacts worthy of envy by many a museum curator.

Mrs. George took three steps across the narrow living room and sat on a matching sofa, facing me. She looked squarely into my eyes. Her gaze was searching and intense while also kindly. Disarming. She asked questions about my job, my family, my hometown, my future – all in a friendly conversational manner. I realized later she was checking me out on behalf of her pretty young charge I’d come to date.

Someone once described a person’s physical stature as being built like a fire hydrant. Mrs. George could have been the template, but in fairness we’ll just say she was well upholstered. The details of her physical secrets were secure beneath those paisley floral housedresses, each bearing evidence of having been mended repeatedly with a dizzying array of mismatched colored threads. And despite being vertically challenged she had that rare ability to command attention, unintentionally most of the time.

That evening, when she’d sat across from me, the hem of her floor-length dress had risen ever so slightly, revealing black silk slippers decorated with multi-colored beads arranged in bright floral patterns (what else?), and flesh-colored hose rolled down to tiny ankles revealing pale skin the texture of parchment.

She reached out to give Judi a hug, then turned to me. I found myself promptly enveloped into that perfume haze where she lived.

Mrs. George mercifully was discreet. She never told on us, nor ever said a word when Judi arrived very late, or very early the next morning, and sometimes not at all. We were engaged by then, but her overly protective uncle could have posed a problem, or her mother Edith would have bestowed choice words upon her eldest daughter, and upon me.

We last laid eyes on the redoubtable Mrs. George while making our way back down the aisle after being married. There she was, sitting in a pew next to the aisle, resplendent in a new royal blue dress. Okay, it was nearly new – one button was attached with a different color thread.

A few years later and thousands of miles away, we learned that Mrs. George had passed away. We were sad, of course, but also happy and grateful for the privilege of having known her.

Her legacy? Mrs. George set a life example that we all could do well to emulate.

“Mrs. George” is Copyright 2015 By James Osborne.  All Rights Reserved